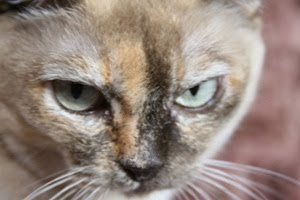 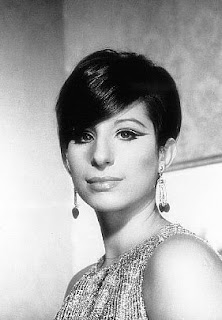 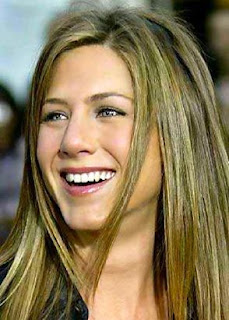 For some time now, a certain member of the entertainment industry has been insinuating she bears a resemblance to Mimi. We must admit we're flattered, since this particular individual is regarded as an icon, and cuts quite the dashing figure. In fact, she has a reputation for being an original too! We also think she has rather a nice voice.

Let's face it, everyone wants to have the flash ... the style ... the smooth fur ... the unmistakeable Tortitude that is Mimi.

To be spoiled, indulged, in every whim ... fussed over ... coddled ... showered with tuna and whitefish. Oh, the extravagance of it. A life only some of us can ever aspire to.

And to be sure, there is an unmistakeable likeness. Especially after one too many rolls in the catnip.

But now, another member of this same industry is brazenly, publicly, claiming to have an uncanny likeness ... nay, to be the heir apparent ... to the timeless, inimitable look, elan and talent that is Mimi. This ... creature ... has gone so far as to have bribed the editorial staff -- yes, and the advertisers too, for we know how cheaply their souls can be bought -- of a fashion magazine named, let's say, oh, Bizarre. And then, with the help of various costly wardrobe, makeup and lighting professionals, taken some of Mimi's classic photos and yes, we can say, MIMIcked them.

Oh, foolish, misguided, delusional clutcher of feeble hope. May we recommend a script of strong antipsychotic and perhaps REALITY?

We know there is only one Mimi. Others may claw at her reputation and vie for her appeal but they are doomed to ... cry themselves a river.
Posted by Krystyna Lagowski at 8:39 PM

Krystyna Lagowski
I'm an upbeat Toronto-based freelancer who writes about automotive issues from the consumer's point of view. That includes everything from alternative fuels, transit, bicycles, pedestrian rights to driving habits and a lot of things your mother didn't tell you about getting around - like how to stay on the good side of truckers. I take these subjects very seriously, but frequently inject a little humour to make them go down in the most delightful way. www.krystynalagowski.com

About foreign burmese and burmilla

Where the cats come from ...